Evalyn and her dad began creating an epic story together when she was eight years old. Now she’s heading off to the University of Iowa to study creative writing while he teaches college algebra at Oklahoma State University, still striving to start his own writing career on the side. The story they wrote together? It became a 75,000-word manuscript, a middle grade fantasy, which they’re currently querying to agents. Join us for Evalyn’s weekly check-in from college as we discuss our progress and share all we’re learning about writing and publishing for children along the way.

Posted by Monty Harper at 8:02 PM No comments:

A #ThursdayAesthetic for our antagonist, a villainous chocolatier with an army of woodland creatures at his beck and call. 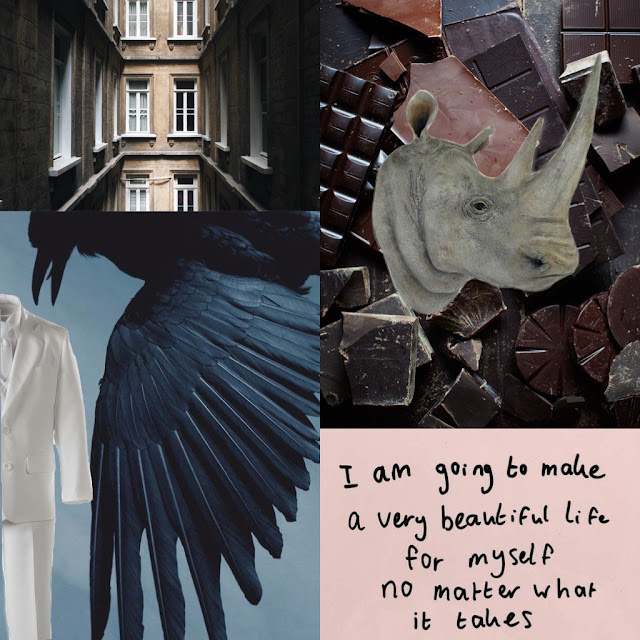 Posted by Monty Harper at 7:49 PM No comments:


Posted by Monty Harper at 7:01 PM No comments:

"Even in the future the story begins with Once Upon a Time."

That's a quote from one of my favorite authors, Marissa Meyer. Recently, I've been absolutely obsessed with Meyer's Lunar Chronicles series. Four books, based off of classic fairy tales, set in a fascinating futuristic world, with a cast of hilarious and interesting characters. What more could a girl ask for? It's honestly such an amazing series, and if you haven't read it you should do that right now.

An interesting side effect of my aforementioned obsession is that whenever I listen to music, which is quite often, the songs remind me of the characters from TLC. Since I've also been recently  obsessed with Spotify I decided to create a playlist based off of the series. It's a pretty good playlist, if I do say so myself, so even if you haven't read the series (Seriously. You need to read these books.) you can still enjoy it.

Each song represents a different character (or characters) from the series, so I've provided you with a helpful key. I won't tell you specifically why I picked each song, you'll have to figure that out for yourself.

Linh Cinder- "She was a cyborg, and she would never go to a ball."
Golden by Ruth B
Titanium by David Guetta

Prince Kai- "I don't see that her being cyborg is relevant."
Selene by Imagine Dragons
Viva la Vida by Coldplay

Iko- "That is the best idea ever. Count me in."
Girl in a Coma's cover of While My Guitar Gently Weeps
Mechanical Heart by Beth Hart

Scarlet Benoit- "I need him as much as he needs me."
Little Pistol by Mother Mother
Rousseau by Nerina Pilot

Captain Thorne- "Maybe there's a little bit of a hero in me after all."
Oasis by A Great Big World
I'm Still Here by John Rzeznik

Cress- "Maybe there isn't such a thing as fate. Maybe it's just the opportunities were given, and what we do with them."
Crescent Moon by KT Tunestall
I Follow Rivers by Lykke Li

Princess Winter- "The palace walls have been bleeding for years and nobody else sees it."
You are the Moon by The Hush Sound
Moon and Back by Alice Kristainsen

Jacin Clay- "I serve my princess. No one else."
I Found by Amber Run
Safe and Sound cover by Jason Chen

Queen Levana- "Love is a conquest! Love is war!"
Fading Flower by Yuna
Control by Halsey

Dr. Erland- "I've hurt you all in some way. Been at least partially responsible for some tragedy in your lives. I am sorry."
The Scientist by Coldplay

Lunar Citizens-
Hometown by Twenty One Pilots
Posted by Unknown at 1:28 PM No comments:

Ghostbusters - Will It Inspire Young Scientists?

We went to see Ghostbusters the other day. It was good entertainment, but Evalyn and I took different perspectives on the impact it might have as a piece of scifi/fantasy.


Monty says:
This movie makes the same error that nearly every movie with a scientist in it makes - it fails to portray anything close to the actual process of science. 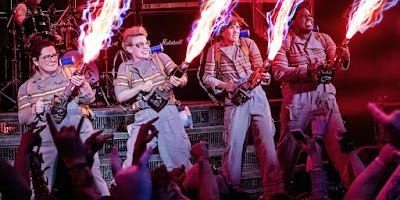 At the start of the movie, two of the ghostbusters have already published a scholarly book on ghosts. The movie makes a HUGE deal about them being “real” scientists even though they study a field frowned upon by the establishment. And yet, when they encounter a ghost, it is their first time to ever document one! When they capture a ghost, it is the first time a ghost has ever been captured by anyone, ever! So where did this body of knowledge come from that allowed them to write a book on the topic? Apparently they just made it all up! Not only that, they made it all up correctly because they constantly let us know that their observations during the course of the movie are verifying their various theories.

What we’ve missed out on here is a chance to show that real scientists study a subject precisely because they DON’T know everything about it already. They form hypotheses and theories based on actual observations and experiments. The observations come first!

Why is this important? Because the scientist we see over and over in popular media is a person who never has to struggle to understand something, never heads down a blind alley or makes a wrong guess, and already knows everything they need to know in order to solve problems instantly. Any child who measures themselves by that yardstick will quickly determine that she or he is not cut out to be a scientist. In real life, scientists are not way smarter than the rest of us - they simply have the curiosity and perseverance to explore a topic down to the frontiers of knowledge and then push those frontiers a bit further.

I want my movie scientists to say, “I don’t know!” and then struggle to figure it out.


Evalyn says:
It's very rare to find an action movie with a strong female lead. Hollywood has a nasty habit of portraying heroes as predominantly male. Usually, in the action genre, female characters never make it past the over sexualized sidekick or damsel in distress roles, teaching young girls that they can't be the hero. In recent years we've seen a spike in strong female leads, but several of these storylines are dulled by awkward, unneeded, romantic subplots. 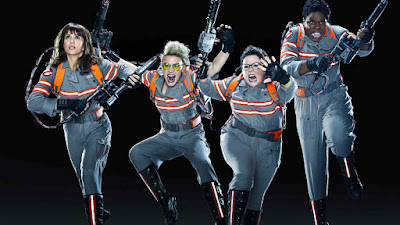 This movie is great because it's a reboot of an iconic movie franchise, featuring not one, but four strong female leads. The plot focuses more on the work that the characters are doing, and the friendships between them, than any romantic relationship. It shows young girls that it's possible for them to be the heroes too. What's possibly the best part is that these ladies do it with science.

You see, girls are taught from a very young age that there are certain interests that we should just leave to the boys. (Math, science, athletics, and military service to name a few.) Women who succeed in these fields hardly ever get recognition from mainstream media. That's why having characters like Abbey and Erin is important. They're scientists who are cool because their work saves the world, and a lot of little girls are going to look up to that.

I once had a history teacher who got into history because he wanted to grow up to be an archeologist like Indiana Jones. His search led him to discover two things: that archeologists aren't really that cool in real life, and that he actually had a deep interest in history. I think that this movie could inspire that search in little girls around the world. Maybe they won't grow up to be physicists, or study ghosts, but by learning more about the scientific community they might find a field that they have an even greater interest in.

I think that Ghostbusters might just help inspire an entire generation of future female scientists, and that's pretty awesome.


What's your take?
Evalyn and I agree that we’re both right. There’s more than one way to look at this movie in terms of its potential effect on young viewers. Have you seen the movie? What’s your takeaway?


Posted by Monty Harper at 9:13 AM No comments:

Working As a Team

So... a father/daughter writing team - how does that work, you ask?

We've been writing our book for many years, and it has taken some trial and error to figure out how to work together well. Even now our system is still changing, and the day-to-day routine also depends on what aspect of the project we're working on.

We completed our first draft in April, 2016.

We met regularly for many many months creating a detailed outline of our story. Then in November 2015 we took the Nanowrimo challenge and got serious about banging out a first draft. We decided who would write which chapters and we just wrote.

After giving draft one a month or so to cool off, we each read it and made notes - where we thought the writing was too thin, or too wordy, or where things didn't match up properly from chapter to chapter - all the obvious stuff.

Each chapter now goes through a four-step process as we revise.

1. We each add our notes to the master copy (which we keep in Scrivener). Often we do this together so we can discuss as we go, and we make a plan, when necessary, for how to address any big problems.

2. Evalyn takes a first whack at fixing all the notes.

3. I take a second whack at the chapter as a whole. Often I'm trying to squeeze three chapters into two, or lengthen a chapter that started off pretty sketchy.

4. I read what I've got back to Evalyn and we fix anything she feels like I missed or messed up.

Right now we are half-way through draft two. It's very exciting to see our story come to life as we fill in missing details and bring all the moving parts into working harmony. It's starting to sound like a real novel to me!


Posted by Monty Harper at 3:42 PM No comments: